Why Do We Drink Coffee 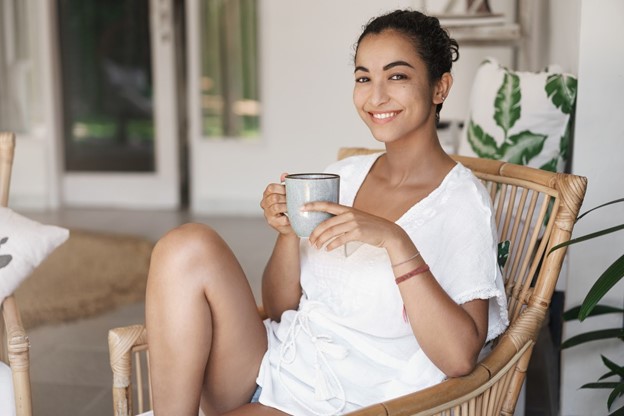 Coffee makes for one of the most popular drinks around the globe and is deemed to be the black gold of the economic world, being the second most traded commodity just falling a little short of crude oil.

But why? Why does more than a billion people keep drooling over this beverage? A first thought and an obvious reason might be the high caffeine content found in coffee. But coffee in our lives is more than just that—an addictive caffeine-induced drink we crave daily.

Love coffee in the morning? We’re all in the same boat. We’ve all met people that are just a straight-up nightmare in the morning just because they couldn’t start their days right without having that cup of their favorite brew in their hands.

A steaming cup first thing in the morning is a comforting routine for many of us. Drinking that first sip may even help us feel that we’re ready to take on the world.

Helps to keep us calm

Though coffee is popularly seen as that bombastic energy drink to get up with in the morning, to some, it may be the very thing they need to keep them calm.

Though caffeine-induced drinks are generally considered hands-off when it comes to anxiety, some have found coffee to actually reduce anxiety—and there’s science to back it up.

Caffeine in coffee precipitates dopamine (the happy hormone) to be released to the prefrontal cortex (which regulates moods), and stores dopamine in the amygdala (which regulates anxiety). In other words, it keeps our bodies happy and even reduces depression!

Historically, a cafe has been the place for people not only on the upper echelons of society but also those belonging to the working-class group. It is where ideas are shared, issues philosophized, and debates raged—over coffee. During the age of enlightenment, the European coffee-house culture is the hotbed that fueled revolutions and roused up men of all sorts to the point that they have been banned on so many occasions to stop the “radical ideas” from going around and prevent rebellions.

To put it simply, coffee is best shared with someone.

Nowadays, coffee shops still have the reputation as a venue where people can gather, talk, entertain one another and share conversations, be it for work or just even for casual gatherings. Many cafes even have their aesthetic style to make the stay there comfortable for people of all sorts—music events, social meet-ups, books, and some even let you pet animals while you enjoy your cup.

Need to catch up with a friend? Need a place to date? Or while the time with someone? Coffee shops are your best and safest bet.

Even at our homes, coffee has been a witness and testament to many relationships: friends, family, and even couples just sharing those moments over cups of coffee.

It makes for a better healthier you

Though there has been decades of non-believers of coffee, citing all the negative side effects of drinking coffee. Recent studies have shown that the benefits of coffee may far outweigh the cons. Here are some healthful benefits of coffee to name a few:

Coffee is one of the most popular drinks on the planet, second only to water. Many have drunk it because it makes for a great kick start to a good morning. For some, it has that calming sensation and these healthful benefits that comes with drinking coffee. Coffee also makes for a great conversation starter for a social group.

Whatever it is, if you’re like us, you drink a cup of coffee because you love coffee and the taste of it. Hankering for some good coffee? Dunbrae Coffee Essentials sells high-quality coffee beans to feed your cravings.

This website uses cookies to improve your experience while you navigate through the website. Out of these, the cookies that are categorized as necessary are stored on your browser as they are essential for the working of basic functionalities of the website. We also use third-party cookies that help us analyze and understand how you use this website. These cookies will be stored in your browser only with your consent. You also have the option to opt-out of these cookies. But opting out of some of these cookies may affect your browsing experience.
Necessary Always Enabled
Necessary cookies are absolutely essential for the website to function properly. These cookies ensure basic functionalities and security features of the website, anonymously.
Functional
Functional cookies help to perform certain functionalities like sharing the content of the website on social media platforms, collect feedbacks, and other third-party features.
Performance
Performance cookies are used to understand and analyze the key performance indexes of the website which helps in delivering a better user experience for the visitors.
Analytics
Analytical cookies are used to understand how visitors interact with the website. These cookies help provide information on metrics the number of visitors, bounce rate, traffic source, etc.
Advertisement
Advertisement cookies are used to provide visitors with relevant ads and marketing campaigns. These cookies track visitors across websites and collect information to provide customized ads.
Others
Other uncategorized cookies are those that are being analyzed and have not been classified into a category as yet.
SAVE & ACCEPT